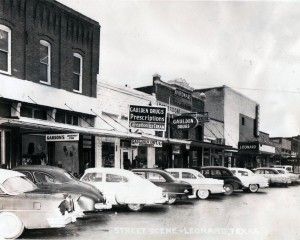 On September 1, 1902, Ellis Giles opened Giles Drug Store on the north side of the Leonard Square. Joe Gaulden purchased the store from Giles in 1948, moving it to the north corner in 1958. Gaulden operated Gaulden Drug until August 26, 1969, when Ben D. Steen of Dallas brought Eugene Kegans to Leonard in September of 1969 as a pharmacist and business partner. In 1971, Kegans and Steen changed the pharmacy's name to Leonard Pharmacy. Eugene and Becky Kegans became full owners of Leonard Pharmacy on February 10, 1973. They remodeled the store, increasing the square footage by 2500 sq. feet in 1977. The latest interior remodeling was complete in August of 2003. 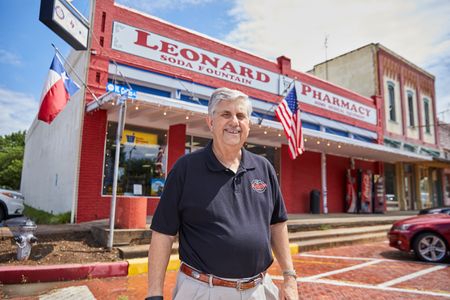 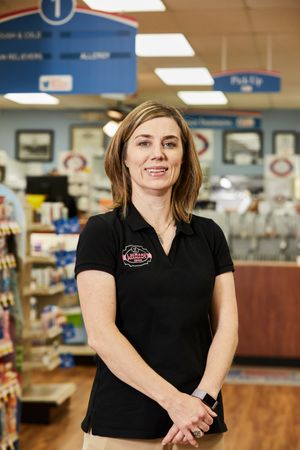 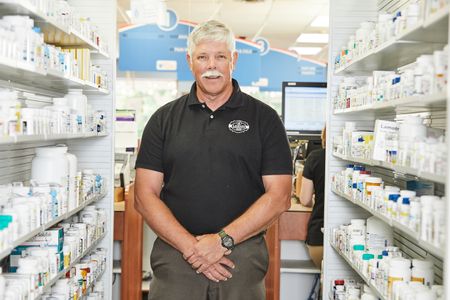